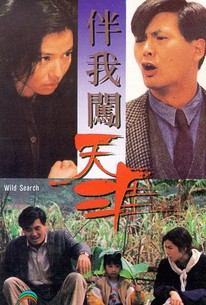 Action flick auteur Ringo Lam directs this crime thriller loosely based on Peter Weir's 1985 classic Witness. Lau (Chow Yun-fat), along with his partner, Nam (Tommy Wong Kwang-leung), are investigating a band of gun runners when they get caught in a shoot out that kills their lead suspect and leaves the suspect's three-yea-old daughter Ka-ka parentless. Lau eventually tracks down the child's family in a remote country farm in Hong Kong's New Territories run by Cher (Cherie Cheung Cho-hung). Though initially the two loath each other, soon they start to warm to one another. Cher tells him that Ka-ka is the illegitimate child of crime boss Hung (Paul Chun Pui). When Lau confronts Hung, the cop promptly gets his clock cleaned and psychotic Vietnamese gangster Bullet (Roy Cheung Yiu-yueng) is sent out to whack him. Bullet's first attempt goes poorly, resulting in a trashed bar and a wounded hit man. Bullet vows bloody revenge. Meanwhile, Cher's thuggish husband Leong returns from mainland China about the same time that Bullet is about to stage a second attack. ~ Jonathan Crow, Rovi

Critic Reviews for Ban wo chuang tian ya (Wild Search)

Audience Reviews for Ban wo chuang tian ya (Wild Search)

There are no featured audience reviews yet. Click the link below to see what others say about Ban wo chuang tian ya (Wild Search)!