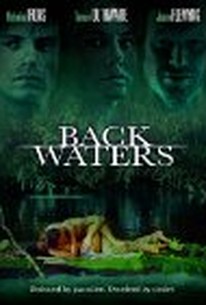 The husband of a paralyzed soap opera star becomes the prime suspect in his wife's murder after she turns up dead during a trip to India. It was supposed to be the trip that saved his marriage, but then Andy fell under the spell of a beautiful local. Later, when the authorities extract his wife's lifeless body from the river, Andy's lover refuses to provide the authorities with an alibi for fear that her husband will kill her. Now, in order for Andy to get his life back, he must race to prove his innocence before being judged guilty for a crime he didn't commit. ~ Jason Buchanan, Rovi

There are no critic reviews yet for Backwaters. Keep checking Rotten Tomatoes for updates!

There are no featured reviews for Backwaters at this time.