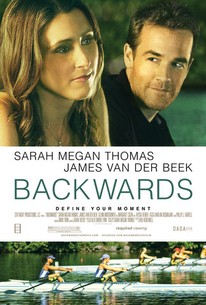 Abigail Brooks (Thomas) has spent her lifetime trying to win an Olympic rowing medal, sacrificing friendship, love, and a "normal life" along the way. When she is named an alternate on the Olympic team she quits in haste. Defeated, Abi moves back home with her widowed, workaholic mother (Margaret Colin). Tension builds as Abi's mother urges her to "move on" from the rowing life that Abi's father, a coach, introduced her to. Unable to do so, but needing an immediate job, Abi seizes an open crew coach position at her alma mater, Union High. There, the head of athletics is her old boyfriend, Geoff (James Van Der Beek). Abi trains her high school rowers in an obsessive fashion, taking two girls, Hannah (Alexandra Metz) and Susan (Meredith Apfelbaum), under her wing. After the girls lose an important regional race, Abi reinvents herself as a coach, and, in the process, learns to have fun again both on the water and off. -- (C) Official Site

Brea Bee
as Giselle
View All

Critics Consensus: Trouble with the Curve Is Solid But Predictable

A movie whose main virtue was its honesty ultimately lands in a place that feels canned and unsatisfying. But on the way there, Backwards isn't so bad.

The biggest problem ... is the characters who populate the film. For the most part, they're one-dimensional caricatures.

The neatness of the plotting becomes almost comical after a while. Construction is one thing; contrivance is another.

Although this modest indie may not make a huge splash, it just might inspire some hearty younger viewers - especially women - to grab a set of oars and find their bliss.

Hickernell soft-pedals the material into a blandly feel-good dramedy.

Backwards" is obvious at times, but what makes it stand out are the details that Thomas imbues in her character.

Corny and predictable, sure, but Backwards will appeal to a few junior oarswomen around Seattle.

Even James Van Der Beek, so natural as a high school athletic director that you can't help but wonder if he's actually spent time in that job, can't save this film from drowning.

Drama is bland but teaches girls about competitive rowing.

Likable in spurts but too safe by a long stroke, "Backwards" would be right at home as a cable movie airing on ABC Family.

Streamlines its busy set of plots into a 90-minute sprint, throughout which characters often confront and overcome their obstacles within the same scene.

Nice enough movie. Nothing too exciting...