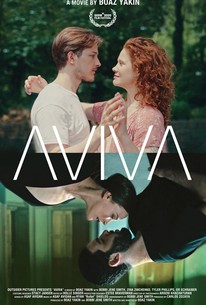 "Aviva" is a uniquely sexy dancing in the streets, sheets and bars impressionistic take on a movie romance, set in a New York world of gender-fluid and frequently fully unclothed bodies. Director Boaz Yakin 's ("Fresh," "Remember the Titans," "A Price Above Rubies") dreamy film, with choreography from former member of Israeli dance company Batsheva Dance Company and co-star Bobbi Jene Smith, tells a story that is timeless, universal and yet up-to-the-moment. The character of Aviva, played by both Zina Zinchenko (and at times by Or Schraiber), is a young Parisian who develops an online romance with Eden, played by Tyler Phillips (and at times Bobbie Jene Smith), a New Yorker. After a long courtship they meet in person and fall in love, settling into an intimate relationship that leads to marriage, but one, as many are, laced with conflicts. Incorporating exuberant dance sequences, and featuring a pair of principal characters played by four different actors daringly expressing both masculine and feminine sides, "Aviva" captures a restless and changing today where who we are as women and men, and how we navigate the world, is up for grabs.

Or Schraiber
as Aviva (man)

Caroline Do
as Realtor #3

Maxmillian Robinson
as Self - HS Student

It's an ambitious piece, but in the dance between experimental ideas and grounded storytelling, "Aviva" should have listened to her body.

A shape-shifting, fluid film that is more a feat of dance and choreography than of cinematic storytelling.

What's fresh about it: its questioning of gender, its use of dance not as an entertaining interlude but as a primary mode of expression.

The film poses gripping questions about coupledom, self-knowledge and, not least, the rewards of artistic flow versus the pain of disconnection.

While this device may sound confusing, it fits right into the current moment of exploring gender fluidity and sexual identity...

The movie ... feels as if it's dueling with itself -- and constantly losing.

A transatlantic love story filled with passion and heartbreak, Aviva may seem unusual at first, but it will not only earn your attention, it will capture your heart.

There are no featured reviews for Aviva at this time.