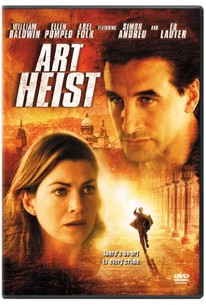 A criminal case leads a cop into both love and danger in this direct-to-video action drama. When a very valuable painting is stolen in a daring robbery of a Spanish gallery, New York-based art expert Sandra Walker (Ellen Pompeo) is called in to help track down the thieves. Sandra is a single mother following her divorce from Bruce (William Baldwin), an NYPD detective, and Sandra persuades Bruce to look after their daughter while she's away. As the case drags on, Bruce begins to have his doubts about Sandra's well being, especially after he learns that she's working side by side with fellow art authority Daniel (Abel Folk), who was once his rival for her affections. When several people connected to the case turn up dead, Bruce flies to Spain to look after Sandra and help with the investigation, but its not long before he finds himself involved in more danger than he ever suspected.

Damià Plensa
as Cesar
View All

There are no featured audience reviews yet. Click the link below to see what others say about Art Heist!