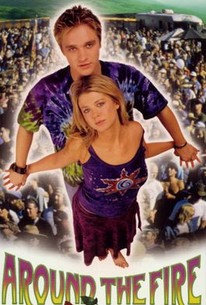 A teenager rebelling against his father falls in with a bunch of hippies in this coming-of-age drama. Simon (Devon Sawa) is a high school student who isn't sure what he wants to do with his life. After the death of his mother, Simon's problems with his father Matt (Bill Smitrovich) escalate, especially after Matt marries a woman he suspects was involved with his father before his mother's death. Matt sends Simon away to an upscale boarding school, where he doesn't fit in with the sports-obsessed and career-minded students. Simon does make friends with a fellow campus misfit, Andrew (Eric Mabius), who one weekend invites Simon to see a concert by a popular neo-hippie jam band. Simon is fascinated by the nomadic fans who follow the band on the road, and he meets Jennifer (Tara Reid), a beautiful girl who sells veggie stir-fry in the parking lot before shows. Soon Simon has dropped out of school to hit the road with Jennifer; however, while Andrew, Jennifer, and most of their friends are able to handle casual drug use, Simon's discovery of marijuana and LSD sends him down a path into dangerous abuse, and before long, Matt puts Simon into rehab against his will. Around the Fire features an original score by B.C. Smith, performed by jazz guitarist Bill Frisell; songs by The Grateful Dead, The Meters, Phish, and Bob Marley and the Wailers also appear on the soundtrack.

Heath Lourwood
as Jason
View All

Critic Reviews for Around the Fire

There are no critic reviews yet for Around the Fire. Keep checking Rotten Tomatoes for updates!

Audience Reviews for Around the Fire

There are no featured audience reviews yet. Click the link below to see what others say about Around the Fire!

Around the Fire Quotes