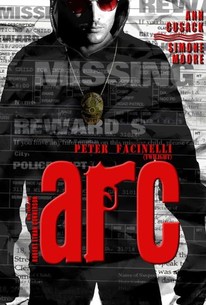 A drug-addicted former policeman attempts to remain high long enough to solve the case of a missing child and salvage what's left of his corroded character in writer/director Robert Ethan Gunnerson's gritty detective film. Paris Pritchert (Peter Facinelli) used to be a good cop; now those days are long gone, and he's moved to the other side of the law. A drug dealer who made the fateful mistake of sampling his own product, Paris walks through each day in a chemical haze. Upon receiving word of a missing child, Paris realizes that should he prove successful at tracking down the boy, he could have one last shot at redemption. But in order to accomplish his mission Paris needs to remain confident, and in order to keep confident he needs to be high. Now, as Paris navigates the dark alleyways of the Los Angeles underworld, he knows that his only hope for success is to keep his blood flowing with a steady stream of strong narcotics.

There are no critic reviews yet for Arc. Keep checking Rotten Tomatoes for updates!

There are no featured audience reviews yet. Click the link below to see what others say about Arc!