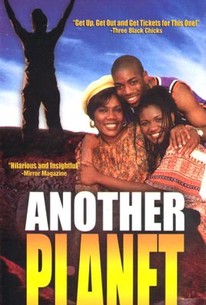 Documentary veteran Christene Browne directs this coming of age drama, reportedly the first feature by a black Canadian female. Cassandra Jones (Sandy Daley) is a teen hailing from Toronto. While she tries to explore her African roots, her mother compulsively plays the lottery as her brother deals drugs. Later, she finds her ideals tested while working on a Quebecker farm, when she meets a worker from Mali (Tiemoko Simaga). Another Planet was screened at the 1999 Vancouver Film Festival.

Babs Hopkinson
as Newscaster
View All

Critic Reviews for Another Planet

There are no critic reviews yet for Another Planet. Keep checking Rotten Tomatoes for updates!

Audience Reviews for Another Planet

There are no featured audience reviews yet. Click the link below to see what others say about Another Planet!