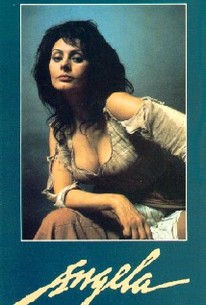 In this subpar Canadian film, Sophia Loren is Angela, a prostitute who has decided to become a waitress after she gets pregnant by Ben Kincaid (John Vernon) and needs a better way to support her baby. When Ben gets back from service in the Korean War, he does not believe Angela's little boy is his, and after he starts working for his old mob boss, he says he cannot continue as long as the boy is in the house. So his boss Hogan (John Huston) has the child kidnapped, which triggers Angela to seek revenge, and she informs the police about Ben's planned robbery. He is caught and goes to jail for more than two decades, and when he gets out, his only goal is to get even. Meanwhile, Angela has worked her way up to the ownership of an elegant restaurant and has fallen in love with handsome young Jean Labrecque (Steve Railsback), who delivers meat to the kitchen -- without either knowing at the time that they are mother and son. With dim lighting, a dim script, and dim chances, this turkey was quickly made into dim-sum and shelved in video cassettes.

There are no critic reviews yet for Angela. Keep checking Rotten Tomatoes for updates!

There are no featured reviews for Angela at this time.