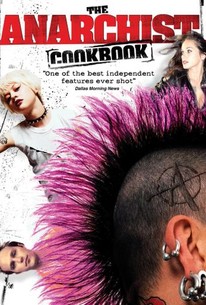 A so-called anarchist gets an unexpected crash-course in living on the edge in this independent comedy drama. Puck (Devon Gummersall) is a college dropout and self-styled political radical who lives with a handful of friends in an anarchist commune near Plano, TX. Puck's roommates and fellow semi-revolutionaries include aging hippie Johnny Red (John Savage), man-crazy feminist Karla (Gina Philips), DJ and ladies' man Sweeney (Johnny Whitworth), and cheerful mischief maker Double Dee (Steve Van Wormer). While Puck and his pals enjoy engaging in occasional acts of creative vandalism, their sense of anarchy is more a matter of personal choice than a genuine threat against the larger standing order. That begins to change when the mysterious Johnny Black (Dylan Bruno) ingratiates himself into the commune. Johnny Black's political agenda is significantly more aggressive than that of Puck and his friends, and his willingness to use violence to achieve his ends disturbs Puck, as Black not only takes control of the group, but adds guns, explosives, and sabotage to their formula. Puck also finds himself torn between his commitment to his ideals and his infatuation with Jody (Katherine Towne), whose sexual appetites run counter to her public reputation as a Christian and Young Republican organizer. Taking its title from William Powell's infamous book of the same name (which the author has since come to repudiate), The Anarchist Cookbook was the first feature film from writer and director Jordan Susman.

Richard Black
as Milo the Nazi

Critic Reviews for The Anarchist Cookbook

This movie is sharp. It makes you think.

The film feels as loose and unfocused as the collective's political beliefs, at times veering dangerously close to Animal House territory.

A lame contemporary comedy about a radical Dallas commune operating out of a bookstore.

The Anarchist Cookbook bristles with wit and ideas.

The Anarchist Cookbook strains for a jazzy, Oliver Stone-ish look, but at its heart it is a placid and conventional moral tale about the dangers of wandering too far off the pathway.

Because it never develops its characters beyond types, it comes off as flat and forced throughout.

A pretty bad direct-to-video adaptation and nothing more.

Offers not feast but famine...at its core Susman's film, despite its subject, is utterly conventional and as eager to please as a puppy dog.

You'll feel burnt by this one.

Think of it as Fight Club Lite; the film may not fully explain Generation-Next ennui but it does have is a winning immediacy and agreeableness -- and Gummersall, who... delivers a crisp performance.

Audience Reviews for The Anarchist Cookbook

There are no featured audience reviews yet. Click the link below to see what others say about The Anarchist Cookbook!