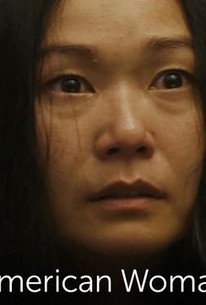 After successfully enacting a violent plot against the United States government, Jenny Shimada (Hong Chau), a young ex-radical, relies on her off-the-grid expertise to safeguard three runaways. She is particularly drawn to Pauline (Sarah Gadon), who notoriously adopted the revolutionary ideology of her kidnappers. With her debut feature-length film, director Semi Chellas reimagines Susan Choi's novel of the same name to delve into the minds of young, progressive thinkers.

Richard Walters
as Thomas
View All

Writer/director Semi Chellas, making her feature debut... [is]'s not afraid to whisper big questions, to make space for small, beautiful moments (pelicans!), or to keep things quietly tense. Because even a slow simmer eventually boils over.

The film is lively and detailed enough so it is never boring, but it never takes off dramatically or realizes its intriguing possibilities either.

"American Woman" tries to give us a fresh angle on a familiar subject, but the film is listless and desultory.

There are inklings of a biting story here about class, gender, and race, but the film's attempts to invoke these discourses through the lens of the 1970s feel thin and phony.

What American Woman lacks... is a script that allows any of this to grow and breathe into something stimulating or satisfying.

American Woman is as nondescript and invisible as its in-hiding subjects try and appear to the public.

Much like its lead characters, American Woman is a fascinating, problematic, difficult-to-comprehend film. But when it works, it's something special.

The plot of American Woman is relatively flimsy; however, the film thrives on the basis of its powerful performances, particularly those from Hong Chau and Sarah Gadon.

The movie unfolds in a quiet parade of deft dialogue and slowly deepening characters...

It's a character study of what goes through the minds of these people as they try to survive and weigh their options. That is a double edge sword though, as sometimes we wanted a deeper dive into this story.

There are no featured reviews for American Woman at this time.