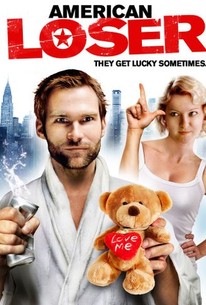 A man attempts to deal with a truly remarkable variety of personal and emotional problems in this comedy drama based on the real-life experiences of comedian and author Jeff Nichols. Jeff (Seann William Scott) is a man edging into his thirties who has a serious drinking problem along with Attention Deficit Disorder, Dyslexia and Tourette's Syndrome; to say Jeff has a hard time dealing with others stretches the boundaries of understatement, and he devotes a fair share of his day to support meetings, even ones dealing with conditions which don't involve his problems. Jeff prefers to blame his wealthy parents (Dierdre O'Connell) and (Denis O'Hare) for his problems, even though they haven't done much besides stand aside as he's burned down their home. Unable to hold down a job, Jeff has been evicted from the garage he was renting from Bert (Kevin Conway), who can no longer handle his many eccentricities, but with nowhere else to go, he somehow charms his way into the heart and home of Lynn (Gretchen Mol), a woman he met at a support group for people with relationship problems. While Lynn is a walking mass of phobias regarding men and romance, she discovers something in the damaged Jeff that encourages her to take a chance on him. Adapted from Nichols's autobiography The Little Yellow Bus, Trainwreck: My Life As An Idiot was the first theatrical feature from director Tod Harrison Williams.

Tod Harrison Williams directs with a sense of humour that never takes cheap shots but isn't overtly reverential to the author, and the playful tone helps make the film entertaining as well as offbeat.

There are no featured audience reviews yet. Click the link below to see what others say about American Loser!