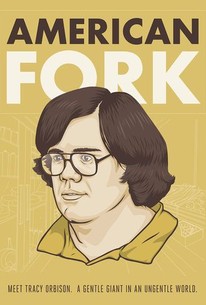 A terminally optimistic working class dreamer attempts to shed a few extra pounds, inspire others, and finally get his driver's license so he can fuel up and set out on the road to success. Tracy (Hubbel Palmer) is a 400 pound grocery clerk who's convinced he's destined for greatness. While he's not taking acting lessons from arrogant washed-up has-been Truman Hope (William Baldwin), Tracy can frequently be found mentoring stolid bag boy Kendis Cooley (Vincent Caso) and his friends despite the disapproval of the gang's bullying boy-leader Shawn (Nick Lashaway). Back at home, Tracy is forced to contend with the religious ramblings of his bible-thumping, self-loathing mother Agnes (Kathleen Quinlan) while simultaneously trying to lift the spirits of his lonely sister Peggy (Mary Lynn Rajskub). Later, as things begin to look up for the love-struck Peggy, Tracy finally begins to sense that true fame is just over the horizon.

Scott Lincoln
as Lyle
View All

Emotional eating meets minimum wage blues, miraculously pulling off being outrageously hilarious while always remaining respectful of its persecuted portly protagonist, as it burrows into the heart and soul of small town dreams and big appetites.

Admirably matter-of-fact about its antagonist and his ceaseless barrage of emotional road blocks. (Plus it's funny.)

There are no featured audience reviews yet. Click the link below to see what others say about American Fork (Humble Pie)!