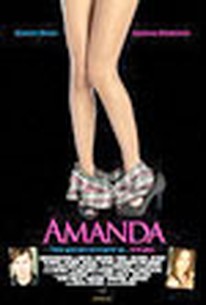 Joe Bender just turned 40. He is convinced that he is already over-the-hill and that true love has passed him by. His best friend, Craig Kelly, believes that Joe's illusion of true love does not exist and he constantly preaches to his pal the benefits of playing the field. At his surprise birthday party, Joe meets Amanda. If love at first site exists, Joe and Amanda have found it. They enjoy a storybook romance and decide to get married, much to the dismay of Joe's quirky, but loving parents. The morning after their wedding night, Amanda is preoccupied. She persists in asking Joe whether he loves her no matter what, with the emphasis on "no matter what." After Joe succumbs to her wish, she tells him a secret about herself that knocks Joe's world completely off its axis. Amanda says she was born a man. Devastated by her shocking admission, Joe immediately demands a divorce and sends Amanda out the door. As Joe re-enters the entangled world of the singles scene, he begins to obsess about his time with Amanda. He ultimately realizes that no matter who she was before, or where she came from, she was the best thing that ever happened to him. Once he sets out to find her again, he discovers the real truth about true love. Love has no gender. True love is unconditional.

There are no critic reviews yet for Amanda. Keep checking Rotten Tomatoes for updates!

"Your impetuous search for a meaningful relationship is flawed at best....and it's a little gay!! A successful businessman meets the woman of his dreams, Amanda, only to discover she harbors a shocking little secret about her past. Will he be able to ignore this secret and see Amanda for who she really is, a beautiful woman who just wants to be loved for herself? To say more is to spoil it so just watch it to find out.