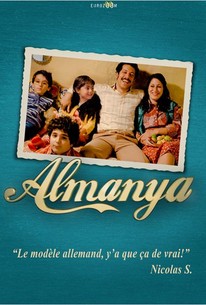 A Turkish family living in Germany struggles with the concept of "home" after their grandfather announces plans to move the entire clan back to their native country. Feeling out of place among his German classmates, six-year-old Cenk Yilmaz finds his spirits lifted when his cousin tells him the story of their grandfather Hüseyin - a Turkish laborer who arrived in Germany as a "guest worker" in the 1960s, and later brought over his entire family. After living in Germany for decades, the immigrant family has planted large roots there. Then one night, Hüseyin drops a bombshell: he's purchased a home in Turkey, and he plans on moving the entire family back "home." Unfortunately, it seems that everyone in the family's definition of "home" is different, and as they all depart for Turkey, some resent being torn away from the only lives they've ever known.

There are no critic reviews yet for Almanya Willkommen In Deutschland. Keep checking Rotten Tomatoes for updates!

A light, enjoyable comedy that, despite some funny moments, can't resist turning into a corny melodrama in its third act - and even if Samdereli has her heart in the right place, she ruins the end with a lot of cheesy talking and an embarrassing slow motion that clearly begs for our tears.

Entertaining, clever and insightful film about German-Turkish identity and living in a strange country.