The Adventures of the American Rabbit (1986) 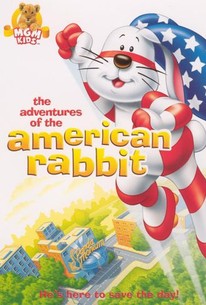 In an entertaining animated children's film for the youngest moppets only (no adult double takes here) a red, white, and blue rabbit miraculously appears to save the day like "Superhare." When not zooming about on roller skates, his special powers lie hidden in a mild-mannered alter ego named Rob Rabbit (voice of Barry Gordon). Rob is a normal bunny until one day some friends are threatened by a crashing boulder at a picnic. At that moment he is transformed into the "American Rabbit" and saves them. Then a crickety old rabbit overflowing with wisdom comes to tell him that his destiny is to go forth and conquer evil. So Rob heads out to conquer, first getting a job playing at the Panda-Monium piano bar in the city in order to support himself. There he tackles a nasty gang of jackal bikers that appear again and again in different contexts. They finally burn the bar to the ground, and so the die is cast and the gauntlet thrown down to the floppy eared super-rabbit.

John Mayer
as Too Loose

Critic Reviews for The Adventures of the American Rabbit

...[makes] even the most quickie straight-to-video Disney release look astounding by comparison.

Audience Reviews for The Adventures of the American Rabbit

I watched these when I was a kid and was happy to find it on DVD for my kids. Superhero rabbit who can fly and has roller skates.

The Adventures of the American Rabbit Quotes