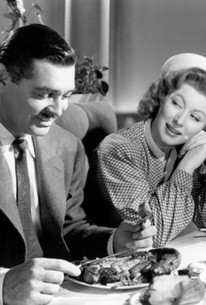 In this adventure comedy, a pugnacious, womanizing sailor does a favor for a friend and heads for the San Francisco library to investigate the history of the human soul for a buddy who believes that his soul fled his body during a knife fight on Powell Street. While there, the rowdy sailor meets a quiet but beautiful librarian and falls instantly in love. They have a passionate courtship, but eventually he must leave on a new ship. Later he returns and discovers that she is pregnant and living on an old farm until the baby is born. Her best friend finds the sailor and chastizes him for being such an irresponsible louse. She convinces him to do right by his love. They marry and he reluctantly settles down on the farm, hating being land bound and doing little to disguise it until the baby is born. It's a difficult birth and the child is weak and barely alive. Suddenly it all becomes clear to the sailor/father who holds the child passionately to his breast and with a grand speech and the power of love, gets the child to breathe. Meanwhile, his exhausted wife has heard everything and at last realizes that he will not leave her after all.

Max Davidson
as Man in library

Claire McDowell
as Woman in library

Garry Owen
as Jabbo
View All

Clark Gable's first MGM vehicle after WWII service, (mis)matching him with the ladylike Greer Garson, was a critical and commercial disappointment.

There are no featured audience reviews yet. Click the link below to see what others say about Adventure!