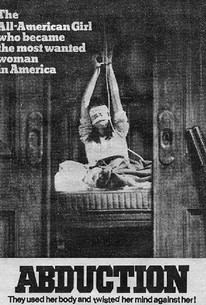 In this film, a wealthy white upper-class gal is abducted by terrorists and held for big stakes. The ransom is the demand that a wealthy-man's palace (a high-rise condominium) be bombed in defiance of capitalist policy. This exploitative film focuses on violence, nudity, lesbianism, and of course, sex.

David Carroll
as Cop
View All

This latest piece of sensational junk will no doubt go down in the books as one of the cheapest shots movies have ever taken at society.

There are no featured reviews for Abduction at this time.