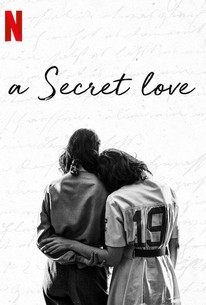 Critics Consensus: In telling one couple's story, A Secret Love pays understated yet powerful tribute to a lifetime of choices and sacrifices made in the name of enduring devotion.

Critics Consensus: In telling one couple's story, A Secret Love pays understated yet powerful tribute to a lifetime of choices and sacrifices made in the name of enduring devotion.

Critic Consensus: In telling one couple's story, A Secret Love pays understated yet powerful tribute to a lifetime of choices and sacrifices made in the name of enduring devotion.

A Secret Love tells an incredible love story between Terry Donahue and Pat Henschel, whose relationship spans nearly seven decades. Terry played in the women's professional baseball league, inspiring the hit movie A League of Their Own. But the film did not tell the real-life story of the women who remained closeted for most of their lives. This documentary follows Terry and Pat back to when they met for the first time, through their professional lives in Chicago, coming out to their conservative families and grappling with whether or not to get married. Facing the hardships of aging and illness, their love proves resilient as they enter the home stretch

News & Interviews for A Secret Love

View All A Secret Love News

Critic Reviews for A Secret Love

"A Secret Love" weaves the couple's remarkable life story into a sensitive and intimate depiction of the two navigating the realities of growing older together...

"A Secret Love" is guaranteed to pull at your heartstrings.

The Chicago-based documentary expertly weaves together LGBTQ history, baseball, and the ups and downs of loving someone for a lifetime.

"A Secret Love" is full of the kind of gentle ribbing and loving chuckles one would expect from any adorable old couple, but it's made all the more poignant by the fact of Pat and Terry's trailblazing personal histories.

It's enraging that society made them feel they had to hide. But their happiness is the ultimate triumph.

A Secret Love stands out by being sweetly understated, at a time when that's especially welcome. It's a deeply felt testament to both the strength of this couple's bond, and the fragility and hard choices that often come at the end of a lifetime.

It's a wholesome and lovely film and an undeniable crowd-pleaser well-suited to a streaming release - perhaps even more so than its planned debut at the canceled SXSW festival.

A Secret Love beautifully shows that despite society's homophobia that made Pat and Terry feel they had to hide their 70+ year relationship, love ultimately prevailed.

To those who believe same-sex relationships are inferior or dissimilar to straight ones, they need only watch Secret Love to be otherwise convinced.

Imagine living with the love of your life for 60+ years & not telling your family? Ryan Murphy produced this Netflix documentary about a lesbian baseball player & her partner.

There is nothing but respect and genuine affection here. If anything, the film evokes a sense of admiration and wonder for any couple that can maintain the love and sense of sheer joy for and about each other.

So subtle yet so moving, and really one of the best recent movies to hit Netflix...

There are no featured reviews for A Secret Love at this time.