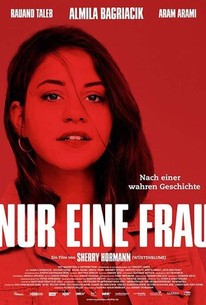 Aynur is shot to death by her brother Nuri on a busy street in Berlin. Without suspecting anything, she accompanies him to the bus stop down the road, while her five-year-old son Can is asleep in her apartment only a few hundred miles away. How could this happen, what led to this deed? In A REGULAR WOMAN, Aynur is telling her own story, her perspective of what happened. It is the story of a con dent young woman who loves life and knows exactly how she wants to live hers. A woman who escapes the violence of her marriage and refuses to let her brothers and parents dictate what she can and cannot do. She gets her own apartment and her son, she apprentices as an electrician and she goes out to meet new men and friends. Although she knows that her behavior goes against her family's tradition and it can put her in danger, her desire for freedom is stronger. However, her brothers' insults and threats get increasingly serious and before long, it is ultimately too late. The film is based on the story of Hatun Aynur Sürücü, whose murder caused an outcry in 2005 and the witness is still in the witness protection program to this day.

Much more accomplished and watchable than Hormann's previous film about a real-life crime, "3096 Days," "A Regular Woman" owes much to its fine cast and impeccable technical package.

The intelligent decision to make the murdered woman the narrator, serves as a sounding board of the severity of the tragedy unleashed. [Full Review in Spanish]

An impactful and piercing fictional reconstruction of the real femicide case. [Full Review in Spanish]

With a script that's more promising than the realization itself... A Regular Woman exposes an extreme situation. [Full review in Spanish]

The movie is in search of a clearer and more direct impact. [Full Review in Spanish]

This movie gives Aynur her voice back, if just for an hour and a half. And in doing so, it gives a voice to any woman who might be hurting, abused, or silenced.

Is there room for another film about honor killings? Director Sherry Hormann answers with a yes in her brisk, beat-by-beat depiction of the 2005 murder in Berlin of Hatun "Aynur" Surucu, 23, by her youngest brother.

This is a serious, sympathetic attempt to engage with the life of a woman who, while she rejected her family's strict reading of Islam, loved them too much to entirely break contact.

There are no featured audience reviews yet. Click the link below to see what others say about A Regular Woman (Nur Eine Frau)!