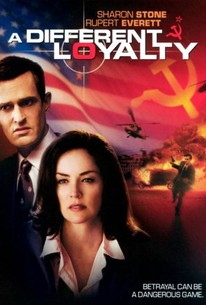 The Marek Kanievska thriller A Different Loyalty stars Rupert Everett and Sharon Stone as war reporters who come across each other's path while they are both on assignment in Beirut. When Everett's character goes missing, Stone's character begins an investigation on her own. She soon realizes that he may have known much more about international politics than he was letting on. Can she rescue him before any number of governments can put a stop to her quest?

Critic Reviews for A Different Loyalty

Audience Reviews for A Different Loyalty

There are no featured audience reviews yet. Click the link below to see what others say about A Different Loyalty!