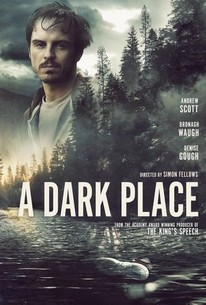 Donald Devlin is a garbage man in the fictional town of Harburgh, Pennsylvania, a former steel town that has seen brighter days. A single father, Donny spends his days collecting the trash of the residents alongside his best friend, Donna Reutzel, and in his off-time, focuses his energies on being the best father he can be to his young daughter, Wendy. But when young Tyler Zeigler, a neighborhood boy, goes missing, Donny starts to fixate on finding out what has happened to him. With the local sheriff warning him off, and the town reacting to the young boy's disappearance in a variety of confusing and suspicious ways, Donny determines to learn the truth. But the truth may not want to be revealed.

The film, alas, despite [Andrew Scott's] best efforts, is dramatically inert and riddled with plot holes.

It's the chemistry between Scott and his female co-stars that makes Steel Country worth a look.

Donny Devlin, a socially awkward garbage collector in a Pennsylvanian backwater, could have been a great Scott character if the writing and direction were more up to snuff.

This is a perfectly decent premise for a procedural thriller and Scott does his best to sell it. But some of the plot turns are preposterous and gibberingly ridiculous.

"A Dark Place" is earnest enough, but it comes across as phony. It's hard to do a "local color" drama when everyone's from out of town.

It's a competently made film that retains your attention for the 85-minute runtime, but you are left to only imagine how good it could've been fuelled by better material.

People fear the unknown and automatically don't trust it, however in film, we can usually turn this around and give the hero his moment, even if Donnie doesn't get that.

If it had simply lived in its mystery... than I think it would have been a more powerful movie.

The film needed more complication, more plot, and more of a sense of why this character in particular finds himself at the centre of it. As it is, you wish him out of harm's way more than you hope he will solve the case.

Scott is the most persuasive element in a film that is atmospherically photographed by Marcel Zyskind but let down by a clueless screenplay which borders, at times, on the risible.

Steel Country is a watchable, well-acted thriller, but it's hard to shake the feeling that something is missing.

There are no featured audience reviews yet. Click the link below to see what others say about A Dark Place (Steel Country)!