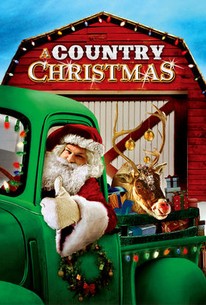 When a wealthy, disgruntled politician, Senator Max Schmucker, leads a global campaign to ban the myth of Santa Claus, the world joins his movement, causing Santa Claus to lose his magical powers. As Christmas approaches and Santa and his lead Elf, Elliot, are making their final rounds around the world, they get stranded in a small farming community. They're stuck and living in a barn on the Logan Family Ranch, where they are soon discovered by Miley, and her older brother, Zach. The two children go on a wild escapade to hide Santa and Elliot from their parents, "Joe" and "Renae", while at the same time, attempt to help Santa Claus regain his magical powers before Christmas is lost.

Kix Brooks
as Duke the Horse

Tiiu Loigu
as Leroy the Goat
View All

Critic Reviews for A Country Christmas

There are no featured reviews for A Country Christmas at this time.