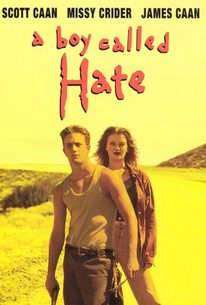 This drama chronicles the troubled life of a teenager living in an L.A. suburb. Nicknamed "Hate," Steve's trouble begins when he stumbles upon what appears to be an attempted rape. Hate shoots and injures the rapist, only to discover later that the man he wounded was the assistant D.A.

Ted Nye
as Hostage
View All

There are no featured reviews for A Boy Called Hate at this time.