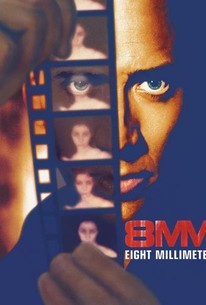 Critics Consensus: Its sadistic violence is unappealing and is lacking in suspense and mystery.

Critics Consensus: Its sadistic violence is unappealing and is lacking in suspense and mystery.

Critic Consensus: Its sadistic violence is unappealing and is lacking in suspense and mystery.

Tom Welles is a surveillance specialist-what used to be known as a "private eye"-but his version of the profession is hardly the stuff of which legends are made. He has a modest, home-based practice in Harrisburg, Pennsylvania, where he lives an existence remarkable only for its normalcy with wife Amy and baby daughter, Cindy. Respected but still waiting for a big break that will improve his professional status, Welles spends most of his time on routine cases involving unfaithful spouses and the like. Nothing too dangerous, nor too threatening... until a small, innocuous-looking plastic reel of film turns Welles' life upside down, sending him down a sordid and terrifying path into society's darkest corners. From the lurid sidewalks of L.A.'s Hollywood Boulevard to the squalor of New York City's meat-packing district, Eight Millimeter follows Welles as he relentlessly pursues a bizarre trail of graphic and disturbing evidence to determine the fate of a complete stranger-a girl who begins to haunt his imagination and conscience. Aided in his obsession by a streetwise adult bookstore clerk, Max (Joaquin Phoenix), Welles drifts away from his wife, family and former life. What Welles learns is beyond his worst nightmares, as he comes to realize how deadly a small reel of eight millimeter film can be.

Kiva Dawson
as Girl in Hall

Eva Minemar
as Girl in Hall

David U. Hodges
as Surveillance Man

Mr. Cage has become such a wet-eyed purveyor of moral anguish that he makes Mr. Pitt look calm, cool and collected.

I can't say I warmed to the results, but I was solidly held for the film's two hours.

A movie that keeps jumping the gate and finally unravels all over the floor.

Director Joel Schumacher aims for a psychological depth that the script can't sustain.

Want to know what happens when an A-list director and A-list movie star attach themselves to a direct-to-cable screenplay? This.

A boring thriller that goes nowhere and serves only as an example of a valid premise. [Full review in Spanish].

By the end, the overwrought dialogue provokes unintended laughs, and even Cage -- aided by memorable work from Phoenix, Peter Stormare and James Gandolfini -- can't save it.

8MM is technically proficient and strongly acted, but when it comes to staking out any moral or intellectual claims, it clearly isn't up to snuff.

It deals with subject matter that holds your attention, even if it never frays your nerves as much as it could have.

Poorly developed, 8mm is anything but a pretty picture.

While I think the critics' reception was quite harsh, '8mm' does indeed miss the mark of being a good film. There are moments of tension, but these moments are brief and sparse. So much of it feels rehashed, the film borrows too many elements from films such as 'Seven' and 'The Silence of the Lambs', it's a kitsch piece of cinema. Cage gives a good performance, as does the whole cast. The problem lies in the narrative. It begins moderately well, however it starts to plod along as Cage's character begins to hone in on the shady suspects. Towards the final stages of the film, there are violent altercations between the characters which often become drawn out through repeated reversals of fortune, it sucks all the energy out of the film; it's all quite run-of-the-mill and unconvincing. It's not as terrible as some have said, it has some good moments, but it is a generic and forgettable film that's spoilt by a hackneyed ending. It's good for killing time, no more than that.

You are never prepared for the truth. Good movie. This film is very strong,gritty,edgy and dark. Nicolas Cage did a very good job acting on this one. The thing is this film is very real and there's actually people so sick like this in the world we live in, it's disturbing to know this and those who do those kinds of things shall receive no forgiveness. Tom Welles, private eye, is hired by a wealthy widow, whose well-known husband passed away recently. She has found a reel of S8-film in a safe. On the film is a cruel slaughtering of a young girl, who obviously does not pretend or act: A snuff-movie. Welles takes up investigation, which leads him to the girl's mother and from there to Hollywood, into the office of a porn flick producer. Welles' rising obsession to solve the case also carries him away from his wife and new-born daughter. But when finally names are at hand, Welles suddenly finds himself on ice much thinner than he planned.

Private investigator Nic Cage is hired by some old rich dame to check out a curious video found in the dead husband's safe. With some moments of interest this attempt to update the gumshoe cliche gets lost in its own over-reaching for social relevance. And Cat Keener is totally wasted.

This is a dark and eerie thriller that looks like it's trying to copy the formula that made Se7en work. It doesn't fully succeed, but it's a decent creepy little thriller regardless. Cage isn't bad, but this isn't really one of his most memorable performances. Joaquin Phoenix though, is awesome. He chews the scenery and really has a blast. Gandolfini and Stormare aren't too bad either, but they've done better work. I think this is in the middle to upper range of Schumacher's work, so take that as some kind of recommendation if you want.