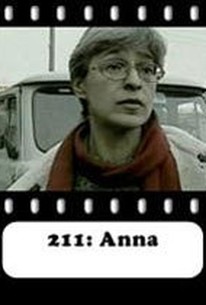 Anna Politkovskaya was a Russian journalist who devoted her life and career to ferreting out corruption and wrongdoing in a nation where both had become commonplace. Politkovskaya earned a reputation for her fearless reporting of the conflict in Chechnya and the brutality of the Russian forces, as well the Beslan school hostage crisis (in which a skirmish between Chechen insurgents and Russian soldiers led to the death of dozens of school-age youngsters), an attempted takeover of the Russian Parliament, and the corruption of Vladimir Putin's administration. Politkovskaya's stories gained her the enmity of Russian authorities, and she survived one attempt to poison her as well as receiving a number of anonymous death threats before she was murdered by a gunman in 2006. Politkovskaya's assassin has never been found, though few doubt her death was a reprisal for her criticism of the Russian government and Putin's regime; she was the 211th Russian reporter to be killed since the collapse of the Soviet Union, making Russia second only to Iraq in fatalities among journalists. 211: Anna is a documentary which celebrates Politkovskaya's life and writings as well as the atmosphere of fear and vengeance which has become an inescapable part of working in the Russian media. 211: Anna received its American premiere at the 2009 Sundance Film Festival. ~ Mark Deming, Rovi

There are no critic reviews yet for 211: Anna. Keep checking Rotten Tomatoes for updates!

There are no featured reviews for 211: Anna at this time.