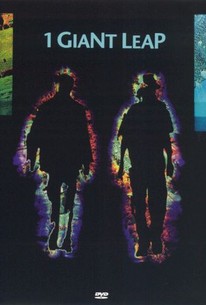 British musicians Duncan Bridgeman and Jamie Catto came up with the idea for 1 Giant Leap after discovering their mutual interest in music, film, philosophy, spirituality, and diversity. The project is a synthesis of sound, words, and images collected from around the world, with each track growing as they traveled to 25 countries. They went to places like Senegal, Uganda, India, and Thailand, using only laptop computers and a digital video camera. The DVD features music and interviews with mainstream artists like Michael Stipe and Robbie Williams along with a multitude of unknown world musicians from Northern Africa to Southeast Asia. Author Kurt Vonnegut and actor Dennis Hopper also participate, among others. The disc is divided into 12 themes: Time, Confrontation, Sex, Masks, God, Faith, Blasphemy, Unity, Death, Money, Inspiration, and Happy. The film can be viewed in several different modes, according to the viewer's preferences.

Rather than enhance the music, the filmmakers' efforts trivialize it, turning it into the equivalent of politically correct screensavers.

It's a hodge-podge of several nice but fairly unoriginal new age ideas about peace and oneness.

There are no featured audience reviews yet. Click the link below to see what others say about 1 Giant Leap!