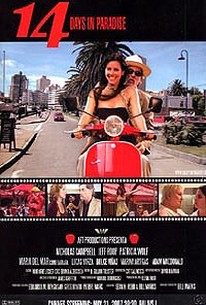 A former Canadian rock star who's currently careening towards a mid-life crisis finds his one hope for happiness suddenly compromised in the most unlikely of ways in this romantic comedy brimming with Ugandan culture and music. Ten years ago, Alex was shaking the world with his music. These days his fame is entering into its final stages, and the only thing keeping him sane is the prospect of his impending marriage to a Ugandan beauty queen named Veronica. Alex's music is still popular in Uganda, making him something of a celebrity in the east-central African country. His wedding is just two weeks away, and his estranged parents will soon be arriving at his Punta del Este home. The day they do finally arrive, however, Alex's flight to Uruguay is unexpectedly delayed. By the time Alex returns home to welcome his parents, his womanizing father Al has already wound up in a compromising position with Veronica due to a confusing case of mistaken identities. Will there be enough time to patch up this mess before the wedding, or has Alex's last chance at happiness been hopelessly foiled by the father who just can't seem to keep his hands to himself. ~ Jason Buchanan, Rovi

Critic Reviews for 14 Days in Paradise

Intended as a farcical tale of love in a tropical locale, 14 Days in Paradise is far too sloppily conceived and executed to do more than strain viewers' patience.

There are no featured reviews for 14 Days in Paradise at this time.