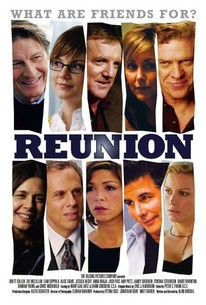 Old wounds are opened and buried secrets unearthed when the members of a Yale secret society come together for a reunion, and discover the reason why love and happiness has always eluded them. As students at Yale, they were some of the brightest that the Ivy League had to offer. Not only that, but they were all part of an elite secret society that was carefully guarded from outsiders. Years later, they have all moved on to successful careers. But the opportunity to rationalize who they have become proves impossible to resist. When the time comes for their reunion and the reality of the past finally comes into focus, the group is faced with some troubling truths about their collegiate indiscretions. ~ Jason Buchanan, Rovi

Derek Cecil
as Stanley
View All

No one's problems inspire much interest, and the stuffy banality of the dialogue is multiplied by the lackluster surroundings.

This may not be quite the moment to solicit our sympathy for self-absorbed beneficiaries of Ivy League privilege.

Since no one in the cast is a household name, the series of confessions and critiques resemble nothing so much as actors' auditions.

Filled with psychobabble, it comes across as a muddled melodrama about entitled elitists.

Despite a terrific cast, it suffers from a lazy and dull screenplay that fails to generate any palpable drama or memorable characters.

The characters' narcissism spills over into the audience and rather than sympathize or empathize, your instinct is to protect yourself from them and their mid-life crises.

This reunion of old college friends gets a leaden treatment in what is effectively a one-act play posing as a film.

A Big Chill-ish enterprise whose serious intentions aren't enough to compensate for the two-dimensionality of its stock archetypes.

Provocative and thoughtful, a movie that can't help but make you take a long look at yourself.

Ugh. Talky, pretentious and chockfull of false moment after false moment, this is a ridiculous and dull mess. Good to terrific actors doing their level best to make the dull and pretentious dialogue sound like people talking to absolutely no avail. Can you tell I didn't like it?