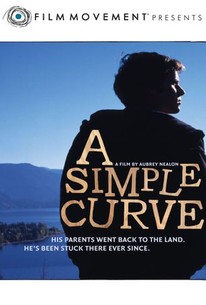 A belated rite of passage finds tensions rising between an idealistic father and his increasingly independent son in this family drama that proves it's never too late for a little teenage rebellion. Twenty-seven-year-old Caleb (Kris Lemche) and his father, Jim (Michael Hogan), have always seemed more like old friends than father and son. An easy-going father who dodged the American draft to forge his own future by founding a carpentry shop in British Columbia's Kootenays, Jim and Caleb spend the days crafting a variety of fine products, but lately the bills have been stacking up and tensions between father and son rising. Now faced with the very real possibility of their business failing as a result of direct competition with mass produced particle board products and Jim's misguided perfectionism, the family business teeters on the verge of bankruptcy until the arrival of Jim's old friend Matthew (Matt Craven) instills Caleb with a much needed dose of pragmatism. Though Jim has long voiced disapproval of Caleb's proposal to open a luxury fishing lodge that may bring in more money and keep the family business afloat, Caleb decides to take his fate into his own hands and finally strike out on his own.

Petra Hartley
as Hanna
View All

Critic Reviews for A Simple Curve

A refreshing take on an overused theme -- dysfunctional father-son connections -- starts gently and gets more compelling as it glides along like a woodworker's sharpened plane over smooth surfaces.

Possesses wisdom that is rare for film these days, let alone a debut.

Yes, there's craft in Nealon's writing, but it seems more suited to the riffing non-sequiturs of episodic television than the narrative arc of a film.

This is a young man's film. . .In this film, women are either dead, or not central to the process. Still it deserves its due; it's clean, well made and a nice piece of craftsmanship.

The film works because relationships are given real respect. They are explored with tender care and never reduced to sappy emotionalism.

Audience Reviews for A Simple Curve

There are no featured audience reviews yet. Click the link below to see what others say about A Simple Curve!