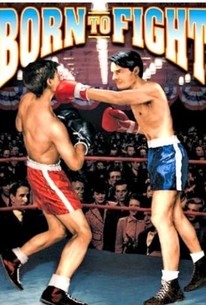 This Frankie Darro-Kane Richmond vehicle benefits from the brisk direction of onetime serial star Charles Hutchison. Richmond plays Bomber Brown, a pugilist forced to go on the lam after he punches out crooked gambler Smoothy (Jack LaRue). Travelling incognito bomber befriends aspiring boxer Baby Face (Darro) and trains the boy for the Championship. Smoothy tries to sabotage Baby Face's career, but Bomber cleans the villain's clock once and for all. Produced independently by the parsimonious Maurice Conn, Born to Fight is at its best in the boxing scenes, photographed with all the slick efficiency of an "A" production.

Critic Reviews for Born to Fight

There are no critic reviews yet for Born to Fight. Keep checking Rotten Tomatoes for updates!

There are no featured reviews for Born to Fight at this time.