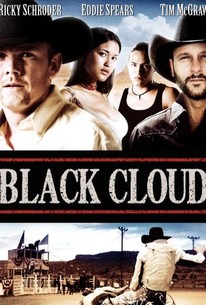 Actor Rick Schroder makes his directorial debut with this inspiring drama set in the American Southwest. Black Cloud (Eddie Spears) is a young Native American who grew up in a violent household and is still struggling to come to terms with his family and his heritage. Black Cloud's life has forced him to be quick with his fists, and Bud (Russell Means), a longtime friend and mentor, has been coaching Black Cloud in boxing with the young man showing great promise in a Navajo Golden Gloves competition. Norm (Peter Greene), a scout for the United States Olympic boxing team, sees Black Cloud in the ring and is certain he has the potential to be a champion, but Black Cloud isn't certain if he wants to fight for anything besides his people. Meanwhile, Black Cloud has fallen in love with Sammi (Julia Jones), a pretty young Native American woman, but she has a child from a previous relationship with Eddie Young (Rick Schroder), a hot-tempered rodeo rider. When an argument between Eddie and Black Cloud escalates into a fistfight, Black Cloud viciously beats him, and soon Sheriff Powers (Tim McGraw) is on the lookout for the young man. Black Cloud also features Wayne Knight, Tim Sampson, and "Pooch" Marion Hall. ~ Mark Deming, Rovi

Sunny Knox
as Reporter No. 1

Jeff Ham
as Reporter No. 2

Justin Scot
as Cowboy
View All

Many cliches and borrowed substitutes for creativity.

In drawing on hackneyed plot devices from both sports movies and films about Native Americans, Schroder essentially has created an extended version of Walker, Texas Ranger without the intellectual dialogue or, sadly, Chuck Norris.

An engaging and entertaining story about a young Navajo burdened by demons about his single white ancestor, and has a chip on his shoulder

If he can refine his writing and keep his heart in the right place, Schroder's next movie might offer the impact that 'Black Cloud' is missing.

A punch-drunk boxing drama that can't quite connect as it swings for its emotional uppercut.