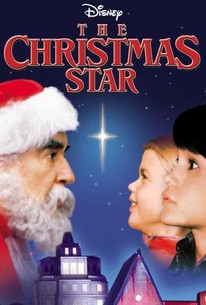 Christmas Star is a two-hour whimsy assault, originally telecast December 14, 1986 on The Disney Sunday Movie. Ed Asner plays an escaped convict who adopts a stolen Santa Claus suit as a disguise. Several impressionable youngsters, believing Asner to be the genuine Santa, latch onto him. He decides to use these moppets to help him find his ill-gotten loot, which his partner has hidden in department store Christmas decorations. The ending is as misty-eyed as it is predictable.

Critic Reviews for The Christmas Star

There are no critic reviews yet for The Christmas Star. Keep checking Rotten Tomatoes for updates!

Audience Reviews for The Christmas Star

Ed Asner's character escapes prison and convinces some kids that he's Santa Claus. He has it planned to steal some money and use the children to help him do the job. The movie is more magical than it sounds and since I grew up with it, I think it's a Holiday Classic.

Great Christmas film where fuzzy-faced Ed Asner escapes from prison by stealing a Santa costume, and then is mistaken for the real Santa Claus by a group of kids. He enlists their help to find the cash his dead partner stashed away after a robbery. Ed turns from a crusty criminal to a warm-hearted man, whilst helping the kids with some of their problems. A story of redemption, done with a bit of humour.

The young star looks an awful lot like Barret Oliver, although they do not list the child star's name in the credits -- A great story too!