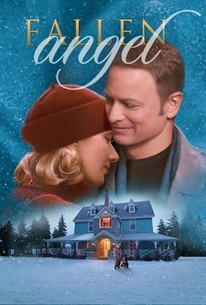 Successful LA attorney Terry McQuinn (Gary Sinise) returns to his Maine home town, intent upon settling the estate of his late, long-estranged father Mac (Michael Rhoades), then returning home as soon as possible. But once he has arrived, Terry finds that he is inexorably bound to his old house by vague and fragmentary memories of a horrendous tragedy in his childhood. Figuring into Terry's plight is Katherine Wentworth (Joely Richardson), a girl from his past who, unbeknownst to either one of them, is also a key player in that tragedy. The story then takes a number of surprising turns, especially with the arrival of a "dead" man who isn't, and a wintertime pilgrimage to a most unusual parking garage (where, incidentally, the viewer finally learns the significance of the film's title. Adapted by Don Snyder from his own novel, Fallen Angel was produced for the CBS "Hallmark Hall of Fame" TV series, and was originally telecast on November 23, 2003.

Joanne Reece
as Nurse No. 2

There are no critic reviews yet for Fallen Angel. Keep checking Rotten Tomatoes for updates!

A good, inspiring Christmas film. Worth checking out if you like Gary Sinise.