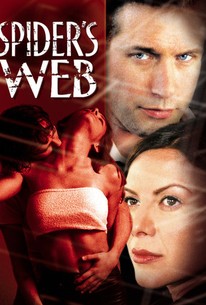 Paul Levine directs the straight-to-video crime thriller Spider's Web. Clay Harding (Stephen Baldwin) engages in a steamy affair with Lauren Bishop (Kari Wuhrer), an executive who works at his father's company. They come up with a scheme to steal his father's money, leading to many softcore sex scenes and betrayal for all parties involved.

I suppose if a movie has entirely vanished from memory not 24 hours after it's been viewed, that's its own review right there.

There are no featured audience reviews yet. Click the link below to see what others say about Spider's Web!