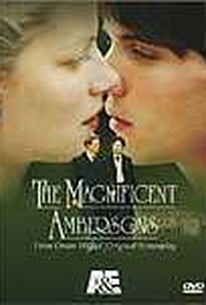 When legendary filmmaker Orson Welles's 1942 film The Magnificent Ambersons was first produced, it was drastically reedited by its studio, RKO Pictures, prompting a battle that raged for years. In 2001, the cable channel A&E took Welles's original shooting script and realized it in this lavish production directed by Alfonso Arau (Like Water for Chocolate). Sixty years after its original production, Welles's vision finally shines through.

Critic Reviews for The Magnificent Ambersons

Not bad, but even the botched/butchered 1942 Welles version was an improvement on a novel that didn't really deserve a movie in the first place.

Audience Reviews for The Magnificent Ambersons

There are no featured audience reviews yet. Click the link below to see what others say about The Magnificent Ambersons!