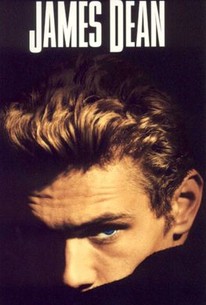 During his all-too-short career (three starring roles in two years), James Dean helped to radically redefine the way teenagers were portrayed onscreen (and in popular culture in general), and the expressive naturalism of his performances did more to establish the "method" school of acting in the public mind than any other actor outside of Marlon Brando. James Dean is a made-for-cable biography that looks at the star's short but troubled life, his years of struggle before his sudden rise to fame, and the car crash that took his life at the age of 24. James Franco stars as James Dean, with Michael Moriarty as Winton Dean and Valentina Cervi as Pier Angeli, the actress Dean loved. Produced for the TNT cable network, James Dean first aired on August 4, 2001.

For Freaks & Geeks' James Franco, James Dean is a major breakthrough. He not only looks like him, but his mannerisms and his whole persona are startlingly real. This movie rests on his thin, hunched shoulders, and he carries it off.

The movie itself is rarely adventurous, but it could prompt viewers to watch the actual Dean performances again. Credit for that would go mainly to Franco, who excels at playing this odd, conflicted figure.

Franco's metamorphosis into Dean ranks as one of the great TV performances of the year. And it would have been enough to earn James Dean a rave, but it's only one of several performances that set this movie apart.

Sick of movie-star biopics? Then there's little to change your mind in this one... It's worth seeing, though, because James Franco uncannily channels the sulky, sexy, short-lived heartthrob.

Franco could have walked through the role and done a passable Dean, but instead gets under the skin of this insecure, rootless young man.

Re-creates Dean's life and times with what might be called stunning adequacy... Franco's performance is easily the best thing in the movie, conveying Dean's essence and angst without ever becoming a mere impersonation.

James Dean is an unusually intelligent job that benefits from the relative modesty of its production and straightforward direction.

James Franco is so Deansian, it's scary. The life story of the rebel without a cause has been shaped by fact and presumption into a startlingly enthralling drama.

There's no joy in noting that it sometimes plays like a parody of a James Dean movie.

Sure, you get the rebellious side of the man... All the legendary stuff. But you also get a morose portrait of a man twisted and torn, self-destructive but fiercely vulnerable. Any fan should catch this flick.

As a biopic, James Dean is a laudable contribution to the genre, though lapses into TV movie-of-the-week conventions take the edge off what could have been a wholly compelling movie.

...entertaining, in a movie-of-the-week sort of way.

It's rare to see such a good television production, mostly due to the Franco's portrayal of James Dean. Although the film was detailed, it wasn't accurate.

Really liked it. Maybe a little dramatic in parts but James Franco does a pitch-perfect job!

Here's an interesting movie that centralizes on the life and death of James Dean. James Franco portrays the Hollywood star in this intriguing story plot that marks his success. Worth seeing!