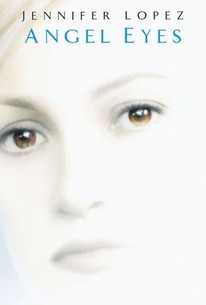 Critics Consensus: Though the earlier part of the movie suggested something more, the movie turns out to be nothing more than a schmaltzy romance.

Critics Consensus: Though the earlier part of the movie suggested something more, the movie turns out to be nothing more than a schmaltzy romance.

Critic Consensus: Though the earlier part of the movie suggested something more, the movie turns out to be nothing more than a schmaltzy romance.

Jennifer Lopez stars in this gritty, emotional drama as police officer Sharon Pogue, who covers up a painful past with an anger that fuels her job performance in one of Chicago's toughest precincts. Although her partner Robby (Terrence Howard) is concerned about Sharon, she won't confide even in her closest friend. Sharon's life takes a turn, however, when she's saved from a violent assault by Catch Lambert (James Caviezel), a haunted, enigmatic do-gooder whose guardian-angel deeds make him a hero to some, like disabled shut-in Elanora Davis (Shirley Knight). Sharon becomes romantically involved with Catch, with whom she has more in common than she imagines, as Catch is also tortured by a painful, traumatic event from his past. Angel Eyes, which is directed by Luis Mandoki and written by Gerald DiPego, co-stars Sonia Braga, Alfonso Arau, Jeremy Sisto, and Victor Argo.

Lopez is fairly convincing as a tough cookie by day and a lonesome soft-centre by night, but despite their best efforts, neither she nor Caviezel can fight free of the turgid script.

Together, Lopez and Caviezel make quite a pair. Sorrowful yet hip, they seem to be inventing a new mood: designer melancholia.

A moribund melodrama which starts intriguingly before becoming utterly banal.

Its protagonists, their situation and its mechanical but mushy resolution are never remotely believable.

Darts back and forth from being a psychological thriller to a vaguely metaphysical drama to a fate-driven romance. Such a schema may, in the right hands, make for a powerful, all-seeing movie; here, it all becomes a blur.

The movie works because Lopez gives such a terrific performance.

Lopez is now such a multimedia icon that it's easy to forget that her acting skills are what earned her first major notice.

J. Lo's mass appeal will bring them in, but the mediocrity of the film won't give them much more.

Call an ambulance. This mess is in need of a bodybag.

Only in the last five minutes does Mandoki let the hammer drop. Before that, Angel Eyes is quite compelling.

Lopez's work grows layers that are then gradually stripped away, exposing a raw, naked emotional vulnerability by film's end that is quite disarming.

Honestly I was expecting more of a thriller. I guess I didn't read the description properly. I actually don't mind Jlo as an actress, so I'm surprised I didn't like this much. The big trauma was pretty standard.

A truly terrible movie in every sense, it had no idea what it wanted to say or why it existed. The sci-fi element just came out of nowhere and felt extremely odd. The performances were terrible, Jim Caviezel and Jennifer Lopez had zero chemistry and couldn't survive on their own either. It's ultimately a love story that no one wants to see.

I thought that the movie started a bit too slowly, but it did gain a nice bit of momentum as it progressed. Jennifer Lopez portrays Sharon Pogue, a tough talking Chicago cop who is torn by her damaged relationships with her family and ends up falling for a guy who saves her life. She becomes obsessed with trying to discover his secrets, and, in turn, learns acceptance and together, they battle their inner demons. Jim Caviezel is excellent, as always. He is a gorgeous man; startlingly in touch with the emotions and depth of feeling his character required. As for the movie itself, it has nothing new or interesting to offer, and its "twists" are only in the minds of the screenwriters. This is a romantic drama about two people who learn how to trust each other and themselves cope with their past and take the risk of a new start. Worth looking at least once in your lifetime!

I've always thought J.Lo decent as an actress and here, she delivers a nuanced performance evincing the struggle of a woman who tries to be tough on the outside but still crumbles on the inside. Caviezel is amazing, as per usual. Lovely trumpet playing too. Some really nice flashback editing and aphorisms in the script.