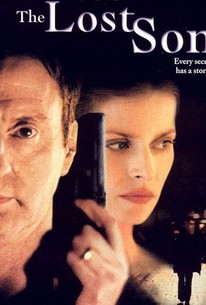 The Lost Son brings together talented British director Chris Menges with a well-known face of French cinema, Daniel Auteuil, who plays a detective in self-exile in London who deals mostly with cases of adultery. At the same time, he is trying to come to terms with the ghosts of his past. While trying to locate the brother-in-law of an old friend who once saved his life, he finds himself in the middle of a network of pedophiles. The director tries to avoid voyeurism or over-simplification in dealing with such a sensitive issue. The tone is not judgmental. One memorable image sums up the thrust of the film: a silent boy urinating on the corpse of one of his torturers.

Billy Smyth
as Boy No. 6

Michael Benton
as Marin
View All

Critic Reviews for The Lost Son

Audience Reviews for The Lost Son

There are no featured audience reviews yet. Click the link below to see what others say about The Lost Son!