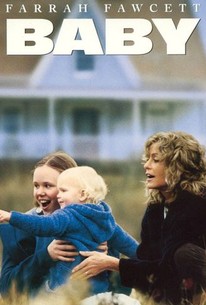 Written by the author of Sarah, Plain and Tall, Baby was produced for the TNT cable service. Set in New England, this is the story of the Malones, a family nearly torn apart by the death of an infant son. While trying to cope with this tragedy, Lily and John Malone are surprised by the arrival of an abandoned baby girl, left on their doorstep. Though at first reluctant to welcome the child into their home, the Malones soon become inextricably attached to her -- no one more so than 12-year-old Larkin Malone who, in a pathetic effort to use the baby as a replacement for her lost little brother, hides the letter written by the child's now-repentant birth mother. Despite such lighthearted scenes as a drunken tap dance rendition of "Singin' In the Rain", Baby is rather heavy going for the most part, especially in the scenes with the family's dying grandmother. Co-produced by actress Glenn Close, Baby was first telecast on October 8, 2000.

There are no critic reviews yet for Baby. Keep checking Rotten Tomatoes for updates!

There are no featured reviews for Baby at this time.