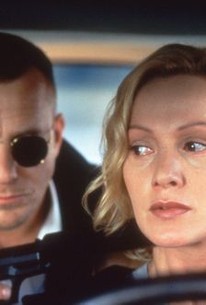 A former soldier is called on to help capture a former colleague turned vigilante in this action-thriller. Frank Hector (Dennis Hopper) is an American expatriate who now lives in Germany, running a chain of strip joints. Hector was once a member of the French Legion, and one of his comrades in arms was Volker Bretz (Heino Ferch), a sniper who was a sure shot with a rifle. After Bretz's daughter dies as a result of an accident at a nuclear power plant, the former gunman snaps and hatches a plan to kill the men who built and operate the plant one by one until it's shut down. Intelligence agents draft Hector as one of the only men who might be able to stop Bretz and his reign of terror, but it's soon discovered that his vendetta may be more complex than expected. Katja Flint and Hannelore Hoger co-star.

There are no critic reviews yet for Straight Shooter. Keep checking Rotten Tomatoes for updates!

There are no featured reviews for Straight Shooter at this time.