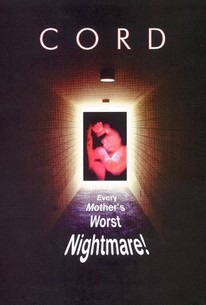 Some people just shouldn't have children, and this offbeat thriller shows why. Jack (Bruce Greenwood) and Ann (Daryl Hannah) are a married couple whose lives seems nearly perfect, and they couldn't be happier when, after months of trying, Ann discovers that she's going to have a baby. Jack is understandably distraught when Ann is kidnapped, and he's later told that she's been killed. Actually, the truth is considerably more disturbing -- a psychotic doctor (Vincent Gallo) and his wife (Jennifer Tilly) want a child but have been unable to conceive, so they kidnap the pregnant Ann and attempt to falsify her death, intending to keep her until her child is born, and then raise the baby as their own. Hide and Seek was also released under the title Cord.

Johanna Black
as Emily
View All

Critic Reviews for Hide and Seek

Sounds like nothing especially unusual in straight-to-tape thriller land, but when Jennifer Tilly is cast as the psycho wife, what you get is camp nirvana.

Audience Reviews for Hide and Seek

I reserve half-star ratings for very special exceptions. Hide and Seek is one of the few movies I've seen that fits my "half star" criteria. First of all, this has no reason to exist in the first place. The worst kind of straight-to-video garbage, it shamelessly force-feeds cliches while also messing up the most fundamental ideas of conventional writing. Every single performance is poor. Gallo and Hannah look disinterested throughout, and Jennifer Tilly is beyond insufferable as she wails and screams during every second onscreen. This is a stupid, incoherent, unprofessional, boring waste of time.

This was pretty entertaining. Tilly did an amazing job as a crazy chick.

I was a bit worried at first, but this movie turned out to have some good stuff in it. Jennifer Tilly reaches new levels of creepy in this one. Vincent Gallo really had no business with her, and unforntunately he left the movie a bit too early.