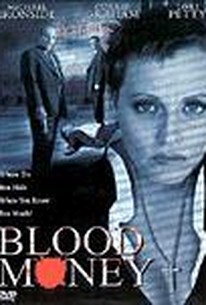 In this tense crime thriller, Candy (Lori Petty) is an exotic dancer who witnesses a murderous drug deal by a high-level Mafia kingpin. The police have been looking to put the gangster behind bars for years, and Candy's testimony represents the best chance they have to finally nail him. Police detectives Connor (Michael Ironside) and Peter (Currie Graham) are assigned to keep Candy safe until she can testify, but it quickly becomes clear that the Mob will stop at nothing to prevent her from taking the stand. Deadly Arrangement was also released under the titles The Arrangement and Blood Money. ~ Mark Deming, Rovi

There are no critic reviews yet for Blood Money. Keep checking Rotten Tomatoes for updates!

There are no featured reviews for Blood Money at this time.