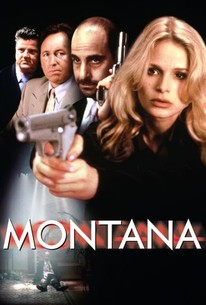 In this gangster comedy, Clair and Nick kidnap a man but later realize they have nabbed the wrong person. Later, when the Boss's girlfriend Kitty runs off, they are ordered to find her, but she eventually joins them and the trio goes on the run from the Boss's hitmen.

Robbie Coltrane
as The Boss

Wass Stevens
as Jackson
View All

I think I've seen this film before: it's called Pulp Fiction.

There are no featured audience reviews yet. Click the link below to see what others say about Montana!