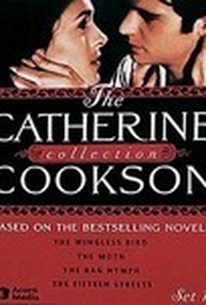 Set in 1913 Northumbria, England, the story is about Robert Bradley, a strong-willed young worker at a Jarrow shipyard, who arrives home one day to find that his father has died. At the funeral he meets his father's estranged brother, his uncle John Bradley, and his wife Alice who offer Robert a new home and a place in his uncle's carpentry workshop. Robert accepts and after a few weeks at his new home, he is out walking late one night on the grounds of a rundown estate when he meets an ethereal young girl, Millie Thorman, whom the locals call the Moth, and befriends her. All seems to be going well for Robert until his cousin, Carrie, is revealed to be pregnant. Robert is immediately the suspected father, which he adamantly denies, but no one believes him. Even worse Carrie will not say who the real father is because she has always had a crush on Robert, and would rather marry him. Robert refuses to take the responsibility, shocking the townspeople, and leaves his relative's house, finding a place to work on the estate of Millie Thorman's once wealthy, now debt-ridden family. It is there that a mutual attraction develops between Robert and Sarah Thorman, Millie's older sister, but their social differences and Robert's reputation stand in their way.

Critic Reviews for The Moth

There are no critic reviews yet for The Moth. Keep checking Rotten Tomatoes for updates!

There are no featured reviews for The Moth at this time.