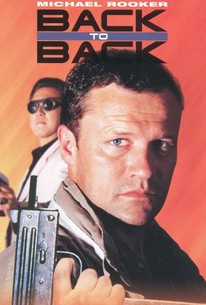 Back to Back Photos

An explosive situation erupts when a mob war thrusts a yakuza, an ex-cop, and his adolescent daughter into a deadly, no-win situation. Booted in disgrace from the L.A. police force Bob Malone (Michael Rooker) suffers a seemingly endless unlucky streak. Matters don't improve when a robbery led by a crazed criminal (Bob Goldthwait) transpires at the bank where Malone is filling out foreclosure papers. Witnessing the crime, something inside Malone snaps and he single-handedly wipes out most of the robber gang. Unfortunately, the ringleader escapes and Malone ends up jailed by his corrupt former colleague Lt. Tony Dussecq (Tom Laughlin). At the same time, two Japanese yakuza arrive in L.A. to deliver a special message to L.A.'s most prominent Mafia don. The yakuza are in a restaurant when the bank robber (wearing a vest covered with explosives) bursts in and threatens to blow the place up. One of the Japanese, Koji (Ryo Ishibashi), intervenes in an explosive sequence. He too ends up at the police station just as Malone's feisty teen daughter Chelsea (Danielle Harris) arrives with bail money. The yakuza suddenly escapes, taking Chelsea and Malone with him as hostages. Now pursued by the crooked coppers and the mob, the unlikely threesome have no choice but to team up to survive.

Critic Reviews for Back to Back

There are no critic reviews yet for Back to Back. Keep checking Rotten Tomatoes for updates!

Audience Reviews for Back to Back

I had no idea this was a sequel. It's also not like I felt as if I were missing somethin coming in late. Just seems to be another run of the mill buddy cop flick. Rooker plays the kind of guy he always does. It's nothing new or unique. Not horrible but there are better things to watch out there.

Ok follow up to an ok movie. Not much special but a straight man performance by Bobcat Goldthwait is almost worth watching for lol.

Back to Back Quotes