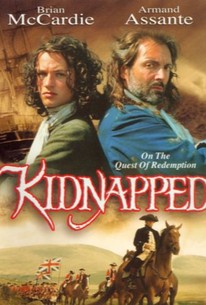 In this adaptation of Robert Louis Stevenson's novel, set in the late 18th century, young Scottish nobleman David Balfour would have inherited his family's estate had not his conniving uncle put him to sea. There he meets fugitive rebel Alan Breck, and together they attempt to claim David's birthright.

Brian McGrath
as James of the Glens

The drama remains strictly confined indoors, intensified by handheld camerawork, in-your-face close-ups, and an inspired use of split screen

There are no featured audience reviews yet. Click the link below to see what others say about Kidnapped!