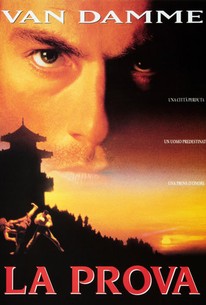 Martial arts movie star Jean-Claude Van Damme made his debut behind the camera as the director of this sweeping action drama. Van Damme stars as Chris Dubois, a clown pickpocket and Fagin-like leader of orphan thieves in 1925 New York City. Kidnapped by gun smugglers and then sold to pirate captain Lord Dobbs (Roger Moore), Chris eventually ends up the property of Khao (Aki Aleong), a master Asian kickboxer. His fighting skills win Chris a chance at a legendary contest, a gladiatorial showdown between champions of the world's many diverse combat styles in a Tibetan lost city. Along for the trip are the avaricious Dobbs, heavyweight boxing champ and fellow competitor Maxie (James Remar), and Carrie (Janet Gunn), a beautiful female reporter.

Jason Cavalier
as Youth No. 1

Rik Kiviaho
as Youth No. 2

Anderson C. Bradshaw
as Youth No. 3

Michael Caloz
as Child No. 1

Camelia Lightbourne
as Child No. 2

Paul Moses
as Member of Fighters' Entourage
View All

Critic Reviews for The Quest

At its best in its first half, when Dubois has to find his way to the competition in the Lost City of Tibet.

With the same grace and discipline that he displays in front of the camera, Jean-Claude Van Damme makes a socko directorial debut.

The endeavor looks less like a movie than some ESPN programmer's worst brainstorm.

The level of high-tension violence expected from a Van Damme film is blunted by poor direction, uninspired camera work, and a bland villain.

Interesting only for being so totally familiar, even if you've never seen another film about a Ghan-Gheng martial-arts match in an ancient Lost City in Tibet.

I rushed to finish this movie so I didn't get a late fee.

Van Damme calls his film 'the Ben-Hur of martial arts'; boy, is he deluded.

More a study in worldwide combat than a tribute to Van Damme's ascension as a director.

Unless bone-crunching violence is your bag, you can bag this one.

In his first outing, it is unclear whether VanDamme can't manage the scope of this tale, or if he's just a bad director.

A speedy and rousing adventure, chock-full of exciting -- if unlikely -- events and swarming with colorful characters in colorful locations.

Audience Reviews for The Quest

Van Damme basically remakes Bloodsport, but makes it boring instead of fun.

Pretty much the same movie as Bloodsport set in the early 20th century with a more "elaborate" plot. I don't know why but I love this movie.

In "The Quest," Jean-Claude Van Damme directs and stars in this action movie about a street dweller (Jean-Claude Van Damme) who helps out kids that are on the street the best he can. He accidentally gets onboard a freight ship and travels to the Far East. Some people notice his fighting skills and he eventually gets entered in a fighting tournament that features the best fighters from various countries and continents. The fighters range from a sumo wrestler from Japan, a martial arts fighter from China who fights just like a monkey, and a monstrous and intimidating fighter from Mongolia. It's up to Van Damme to try and show everybody that he's the best fighter and have a chance at winning a huge golden dragon that goes to the fighter. Unlike what Van Damme movies are usually known for, "The Quest" does have a good plot, and it's even directed by Van Damme himself. He should make more movies like this. "The Quest" has a plot, the fighting is exciting, and it's a good movie. I recommend anybody who likes good fighting movies to get "The Quest." You'll be glad you went along on this quest. NOTE: That was my Amazon review from the year 2001.

A reasonable cast and some nice looks only save this feeble film. Its basically just a rehash of 'Bloodsport' with virtually the same types of fighters, plot and fight sequences!! Roger Moore adds alittle class but thats about it really.