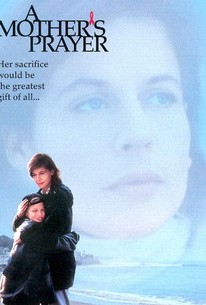 Based on a true story, this emotional made-for-television drama is aimed at heightening public awareness of the tragedy for children with HIV-positive parents. Linda Hamilton was nominated for a Golden Globe Award for her performance as widow Rosemary Holmstrom, a single mother who is battling the AIDS virus. As she struggles to deal with her disease, she is also faced with the grim reality of making arrangements for the future care of her son (Noah Fleiss). Gender-bending singer RuPaul makes an appearance as a helpful HIV-positive social worker.

Jane Whitney
as Herself

Trish Doolan
as A. D.

Michael Kearns
as Buddy
View All

Critic Reviews for A Mother's Prayer

There are no critic reviews yet for A Mother's Prayer. Keep checking Rotten Tomatoes for updates!

There are no featured reviews for A Mother's Prayer at this time.