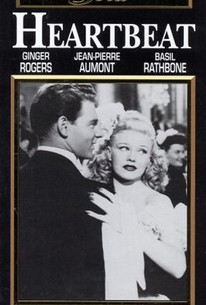 A widow resorts to desperate measures in order to finds her dying daughter a new heart in this South Korean drama} starring Lost's Kim Yoon-jin. In the wake of her husband's death, affluent kindergarten owner Yeon-hee faces the fact that her young daughter will soon die unless she receives an emergency heart transplant. Upon learning that local gangster Hui-do's mother has been rendered brain dead in a fall, Yeon-hee offers him a fortune in exchange for her heart. But Hui-do refuses, waging a valiant fight to save his mother after discovering that his mother may have been injured on purpose. Meanwhile, Yeon-hee will stop at nothing to get the heart that will save her daughter's life. ~ Jason Buchanan, Rovi

Torben Meyer
as Thief at Ball

Ivan Lebedeff
as Thief at Ball
View All

A delicious and ingenious comedy. [Full Review in Spanish]

Heartbeat is more beguiling than it deserves.

An unfunny remake of the 1939 French film Battement de Couer.

Basil Rathbone runs a school where he teaches Pickpocketing: For Fun And Profit. Ginger plays a young woman who contemplates that lifestyle until she is caught (Adolphe Menjou), and then coerced into "doing a job" for him to see if his errant wife is cheating. Jean-Pierre Aumont is the unsuspecting mark who falls for her. There are many things, you see, going on in this film. None of them successfully garner your interest though. There's just too many irons in the fire. Put this down to a great might-have-been.

Let's get this out of the way right off the top, Ginger Rogers is too old for her part in this film! True she looks very lovely and far younger than the 35 years she was when this was made, perhaps 25 or 26, but she is supposed to be an 18 year old escapee from a reform school and there is no amount of soft focus that could make that believable. As far as the rest of the film it's a mediocre effort wasting the other two assets it has on hand, Adolph Menjou and Basil Rathbone, in small parts. A forgettable enterprise, all the stars have made better films that should be sought out instead.